The Whitney Museum of American Art.  Yet another art museum in our saturated city. Why does it exist?  Mainly because the Met in the late 1920s didn’t care to own a vast collection of work by living American artists.  Gertrude Vanderbilt Whitney had offered the Met her collection, with an endowment, even.  Yes, the Met’s Board wouldn’t take the art even though they stood to get paid to do so.

It reminds me of the scene in the movie “Pretty Woman” where Julia Roberts gets treated miserably by the snooty store lady on Rodeo Drive, only to return later looking fabulous to point out what a humongous mistake said snooty lady had made.  Which raises the question, which museum is Richard Gere?

Anyway, I will say that if any member of the Whitney family now or in the future offers to pay me to take, say, a Hopper or a Rothko, I will gladly accept that offer.

So the Whitney Museum was born.  It spent its first couple of decades in Greenwich Village, then in the 1950s commissioned an oppressive Marcel Breuer building on Park Avenue in the 50s.

I never liked the Whitney’s old building.  A fortress for art, I found it tough and uncongenial, confrontational, even. As a result I always felt I in turn had to have a chip on my shoulder whenever I went to look at art there.  The too-low industrial concrete ceilings always made me feel like the art and I were in a colossal waffle iron. The lack of windows felt claustrophobic. I know many people love the brutalist old hulk, but not me. I’ll write more about it when I get around to reviewing the Met’s takeover of that space.

For now I will say that I love the Whitney Museum’s almost-too-friendly new building in the definitely-too-trendy Meatpacking District, at the southern end of the sadly-too-popular High Line.  Renzo Piano’s building retains some old-Whitney traits:  the elevators and stairwell at the heart of the building that function as art spaces.  The ceilings, while higher and lighter, hold a modular wall grid that recalls the old oppressive waffle iron.

But it’s mostly completely different.  Open and welcoming at the ground floor, you no longer have to cross a bridge over a crevasse to get in.  Vast floors, some punctuated by fantastic windows, create a spectacular space to see art and the city.  It’s as airy as the old Whitney was hermetically sealed.  Outdoor terraces abound, creating new spaces for sculpture.  The eighth floor cafe has some of the best views of any restaurant eatery in New York (though Robert, the restaurant at the Museum of Arts and Design, has the very best).  When you go to the Whitney, look at the floors!  Just look at them!  Beautiful, reclaimed heart pine, 50,000 square feet of it (!!), from defunct factories.  Mellow and organic.  The floors might be the best part of the building.

When the Whitney opened in the Piano building, it ran an ad campaign with the tagline “you can see America from here.”  That stuck with me, because it encapsulates the Whitney’s mission statement incredibly well.  It’s not encyclopedic like the Met or as focused on a “Modern” world that ended sometime in the 1970s like MoMA.  Or adrift in the new and unfiltered like the New Museum.  The Whitney holds a mirror up to the United States, warts and all, and reflects the country through art.  Of course, what you literally see from the new Whitney is New York City and a bit of New Jersey.  It reminds me of that old New Yorker cartoon of our myopic view of the world. 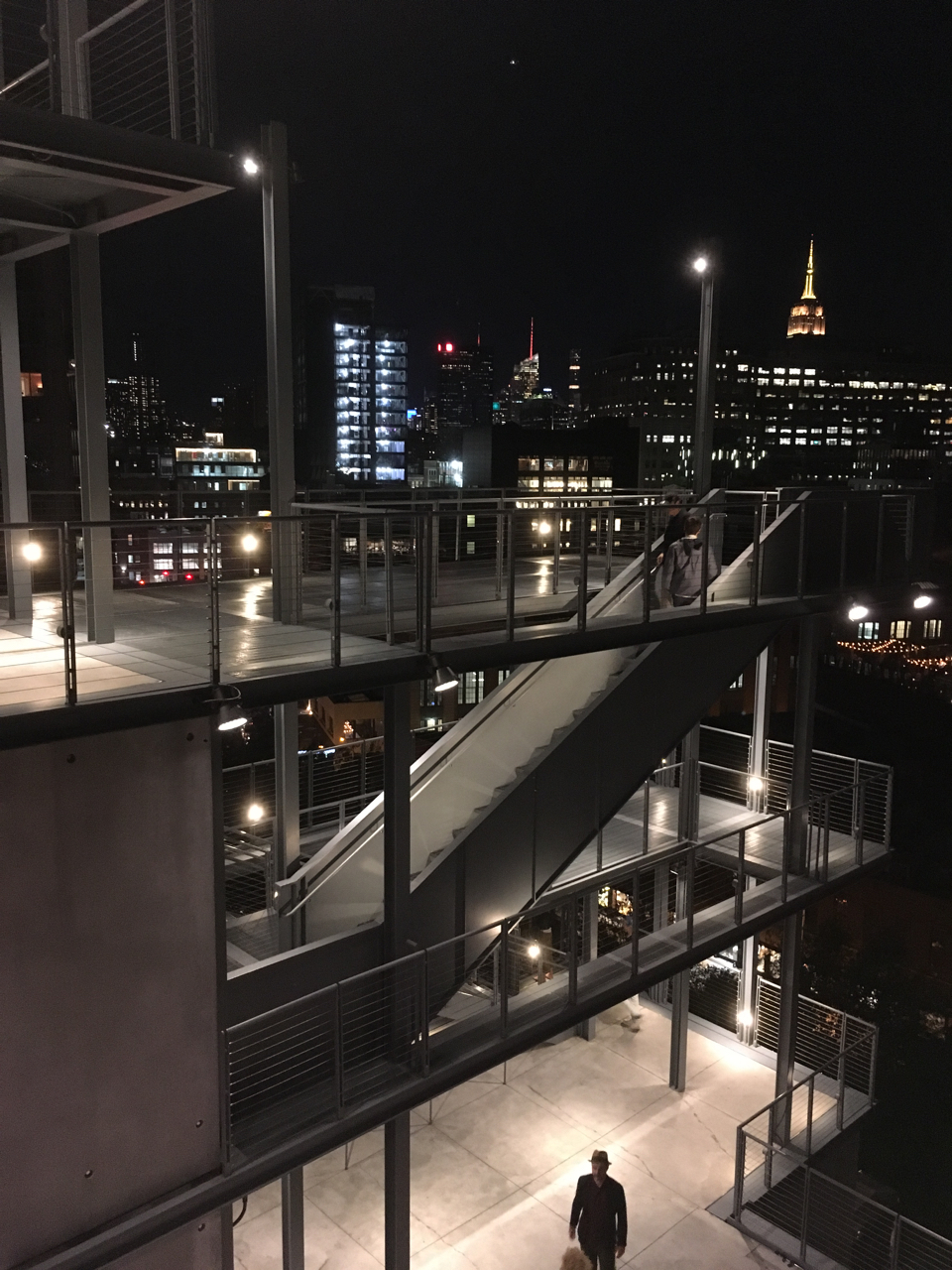 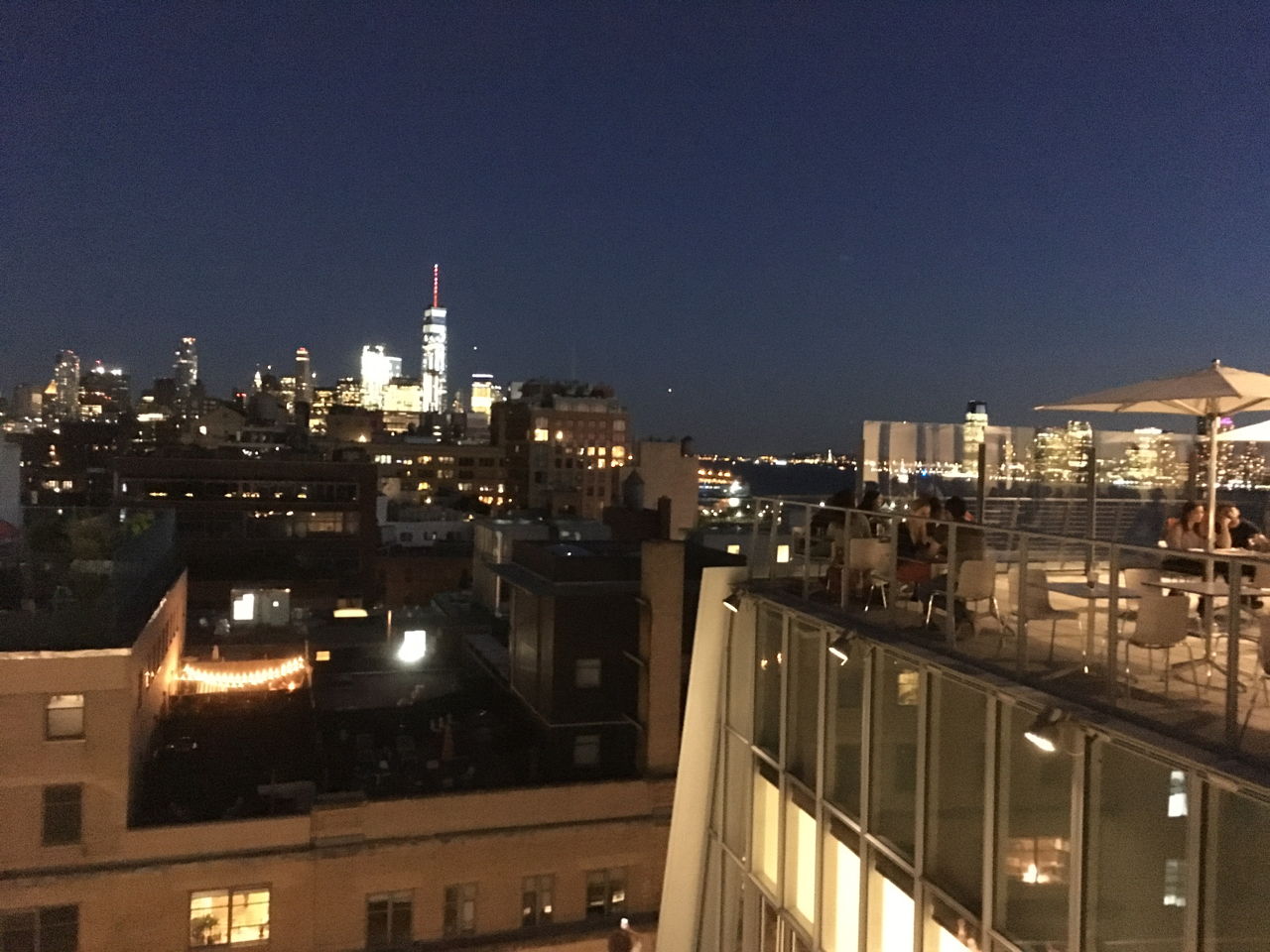 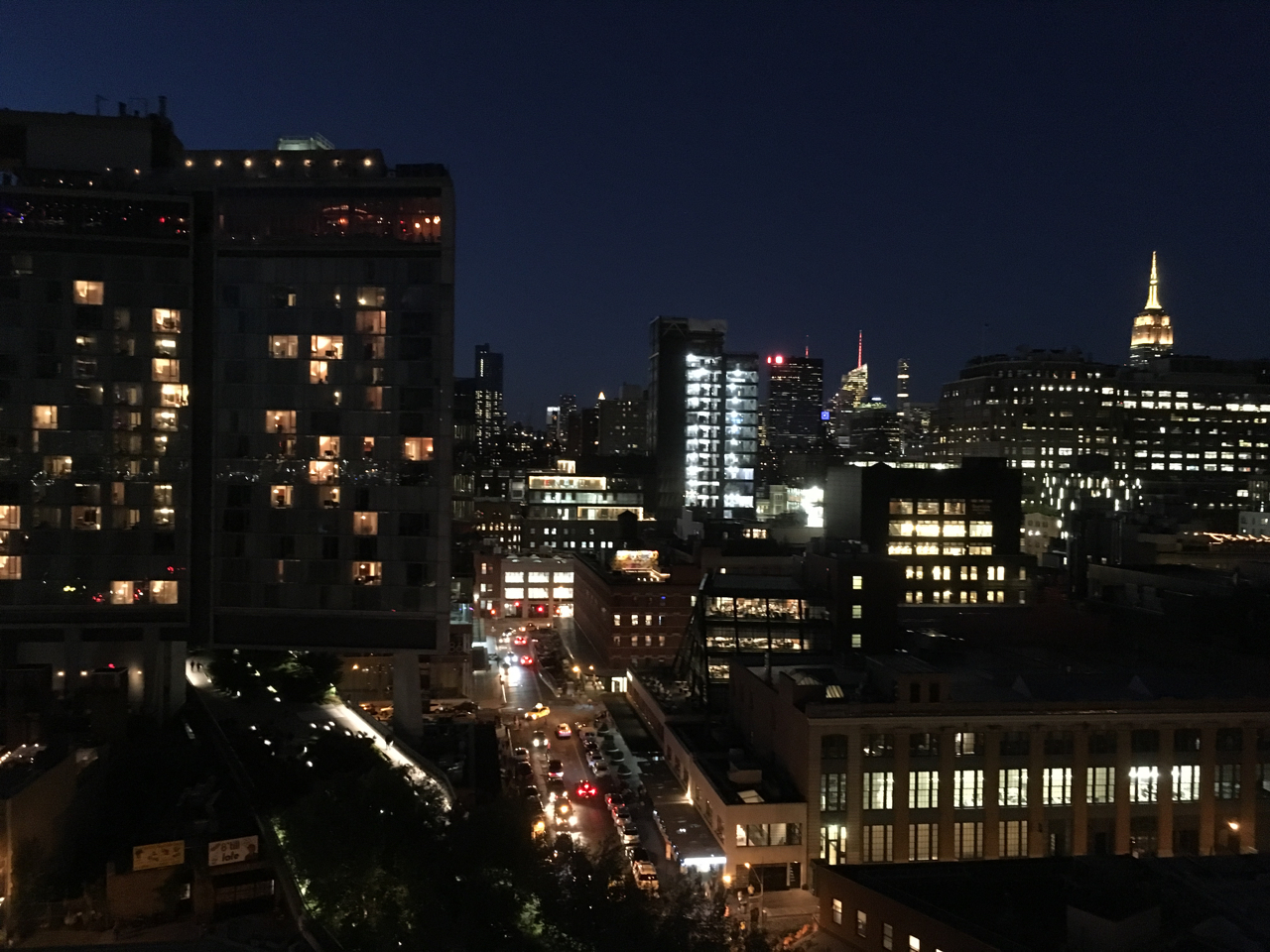 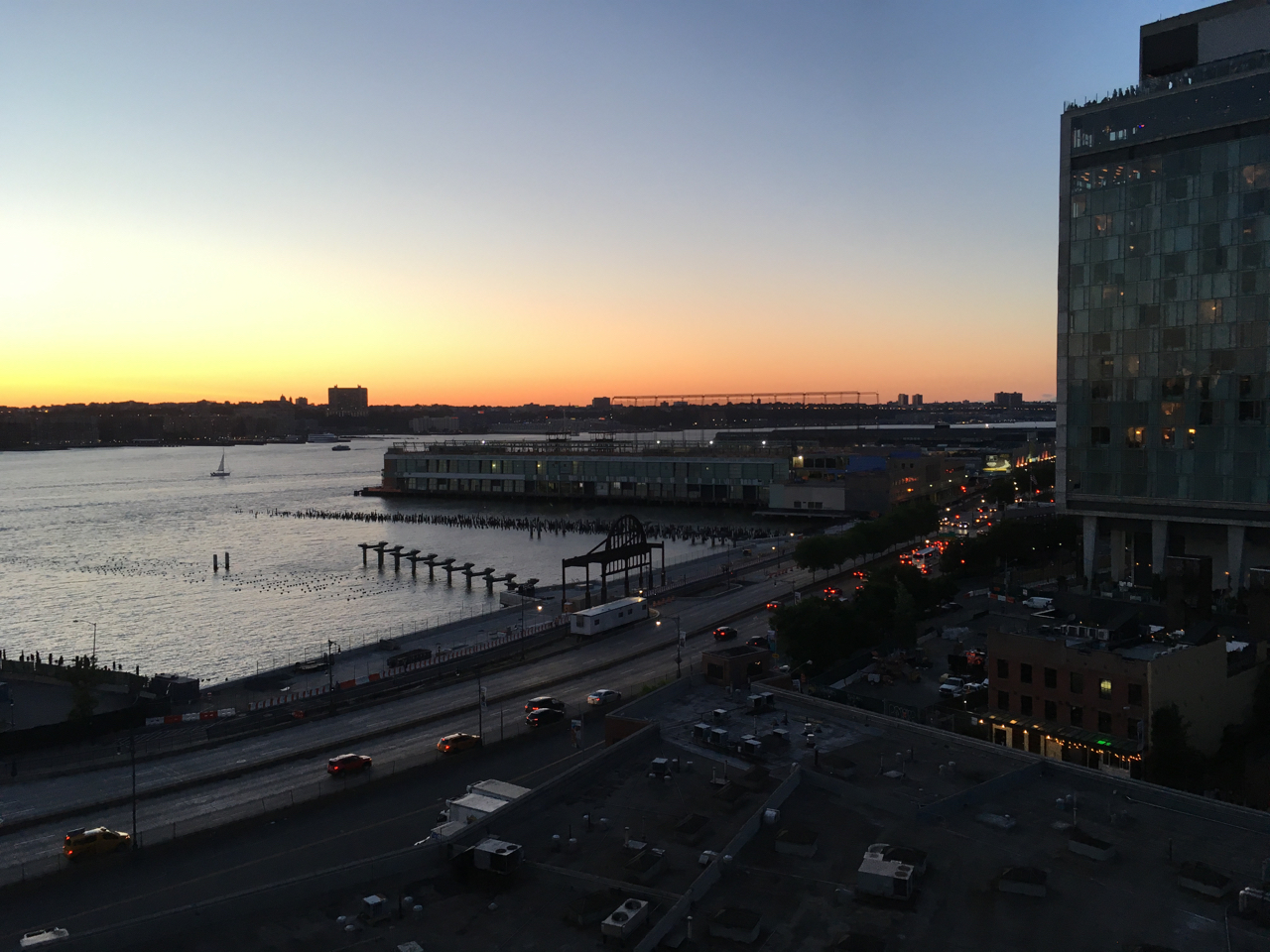 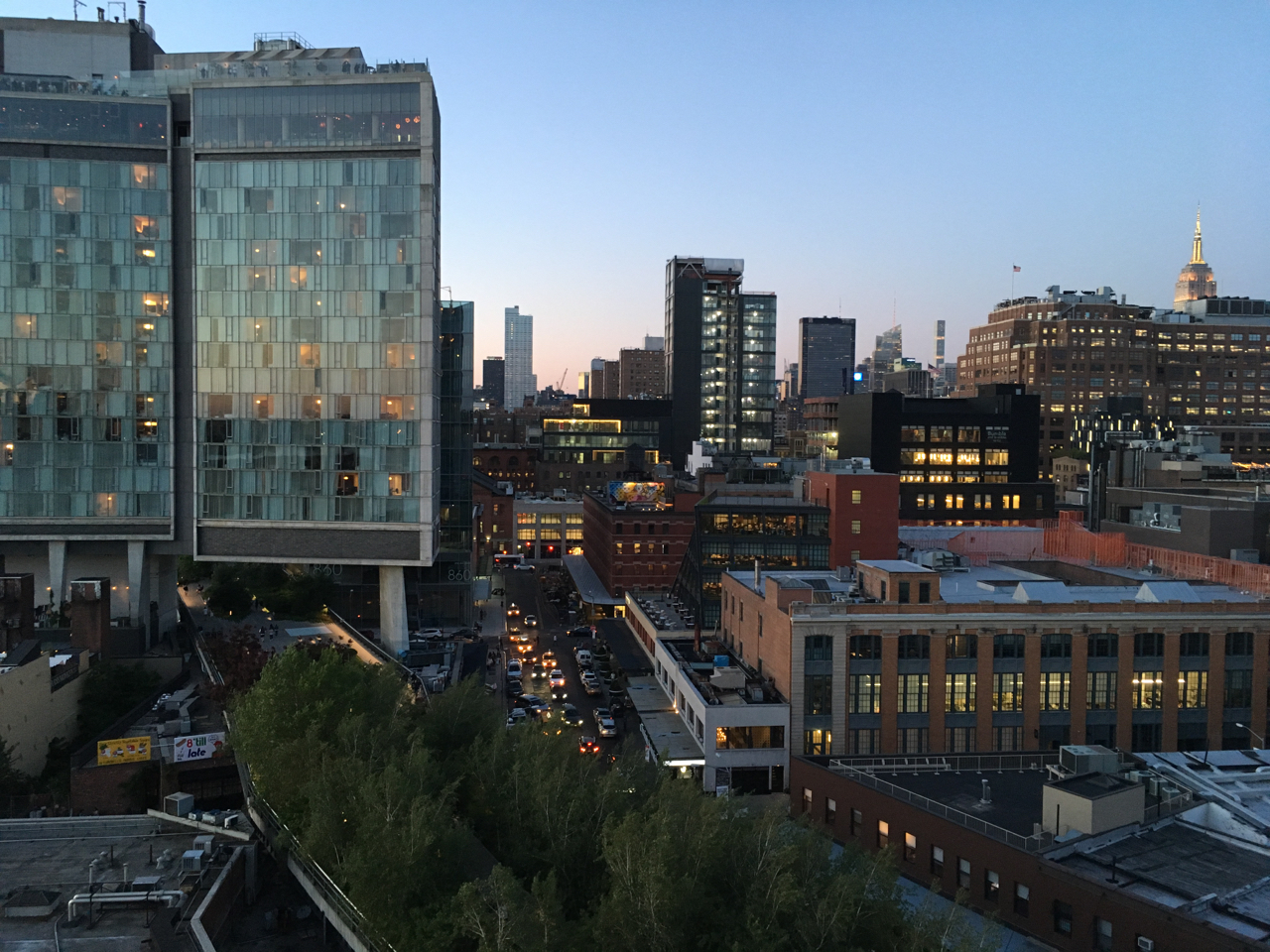 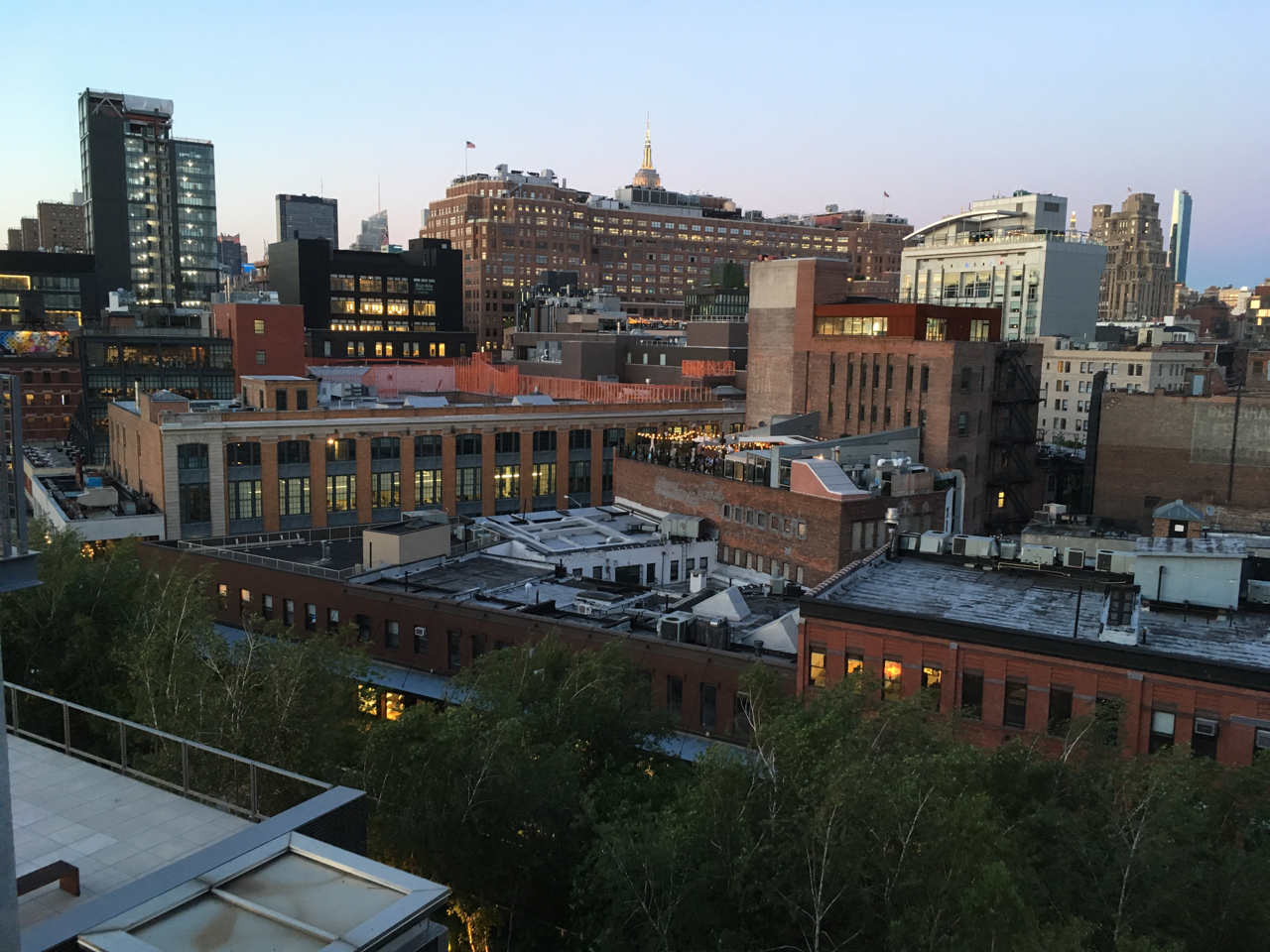 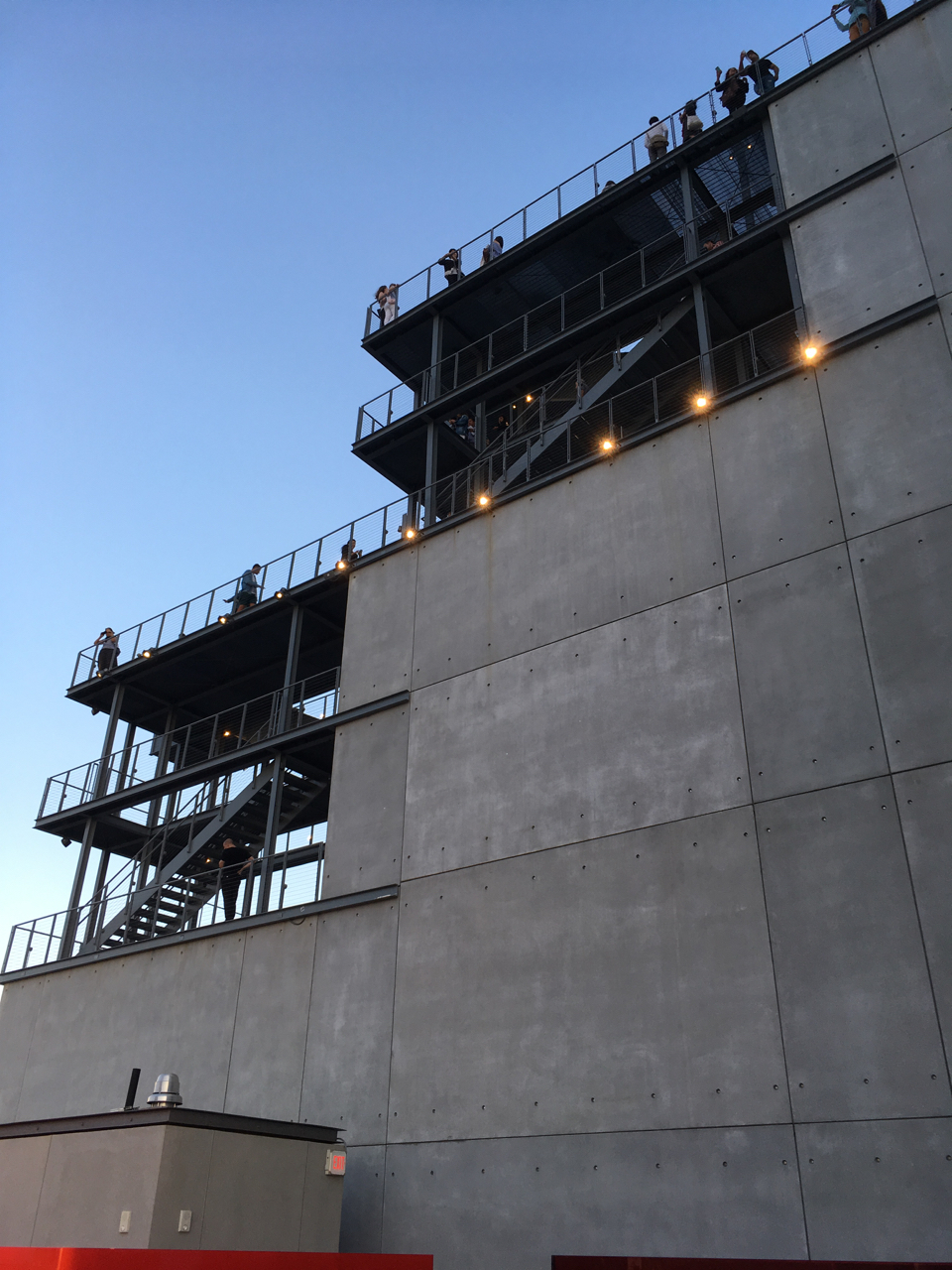 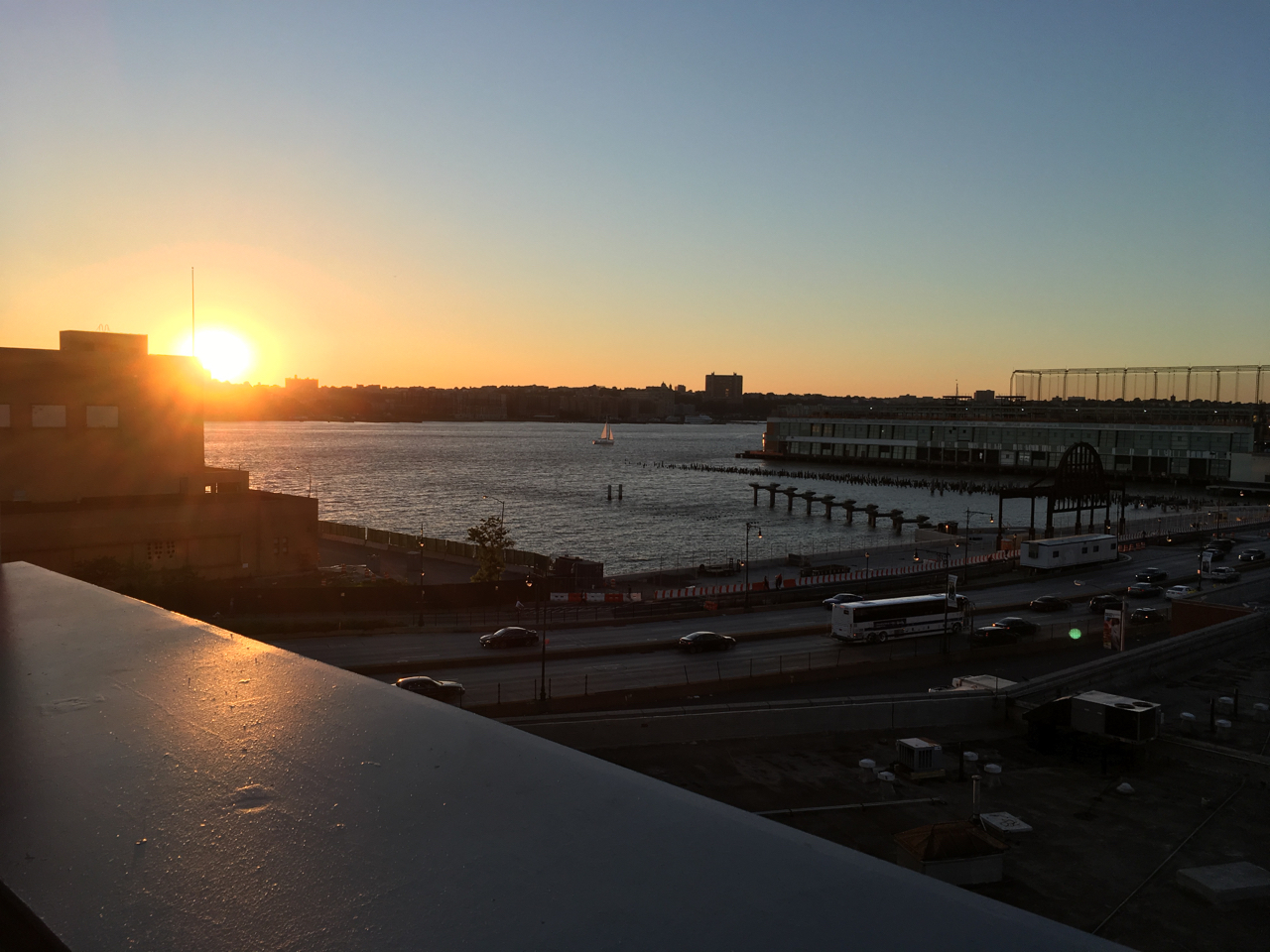 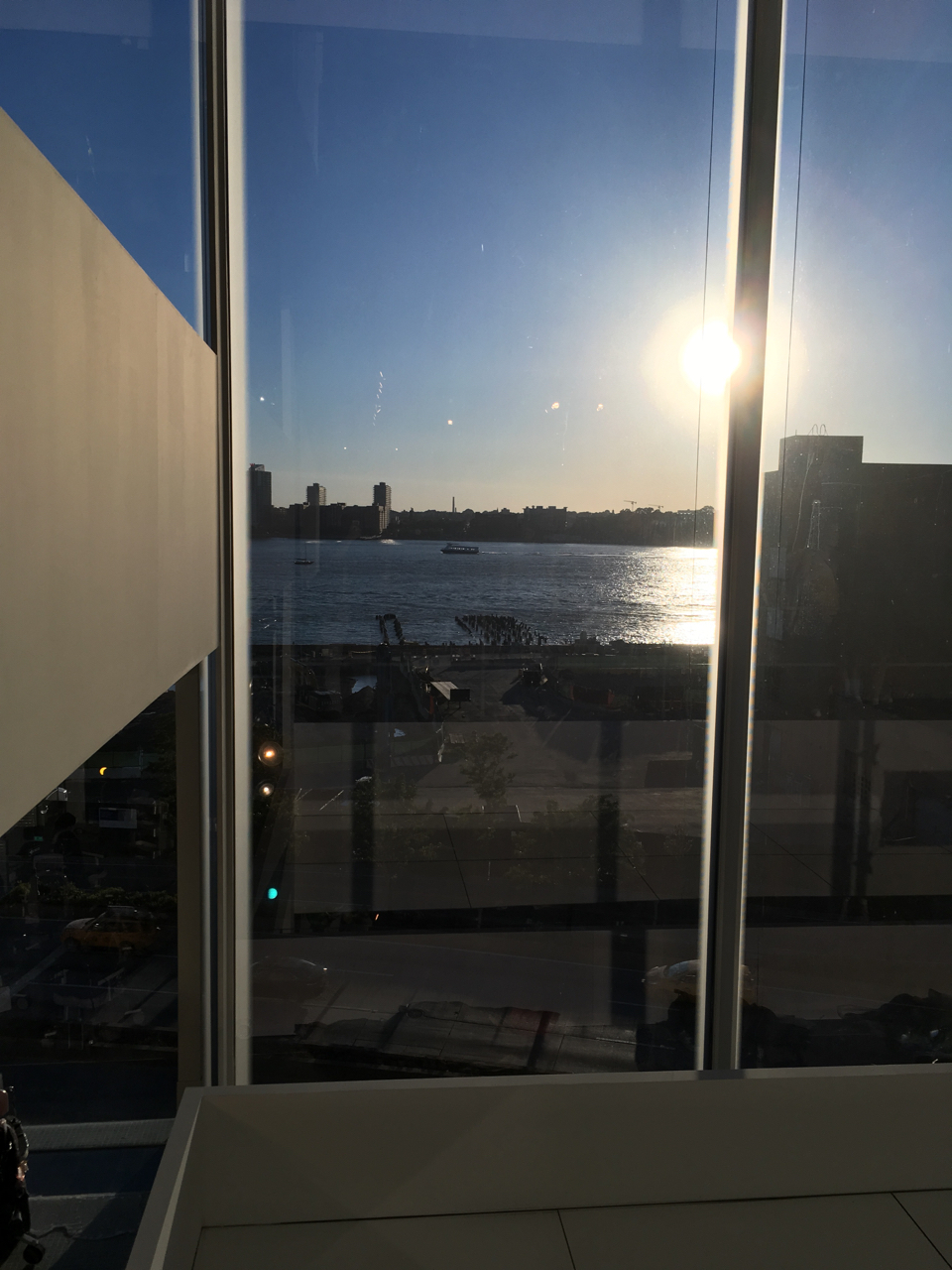 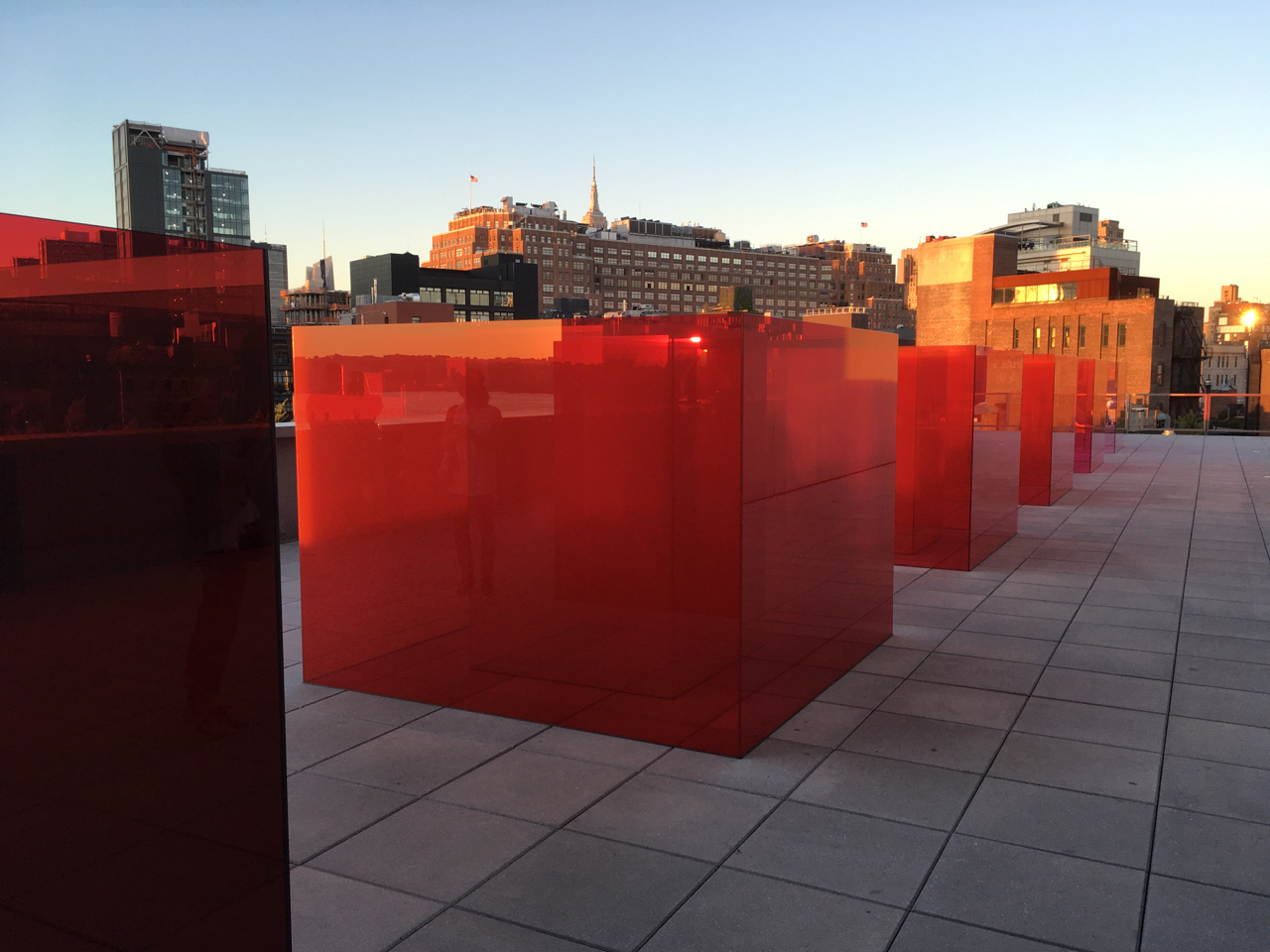 The Part About the Art

The Whitney Museum claims that this year is its 78th Biennial.

This is temporally challenging for a museum founded in 1930, but it turns out they held  Annuals from 1937 through 1973.  Mostly, people love to hate the Biennial.  But they play an important role in the art world and the cultural life of the city.  And with hindsight, people often view even the most hated Biennials as timely and influential.  This year’s features an insanely diverse array of forms:  painting and sculpture, but also installations, performance, fabric banners, interactive text adventure, and even, heaven help us, virtual reality.  And a house of baloney.  Outside of the Cooper Hewitt’s design triennial, I can’t think of any other city museum that shares this commitment to regularly offer a snapshot of the state of (the) art.

It takes a special kind of masochism on the part of the Whitney’s management and the curators to put themselves through the inevitable fuss that arises every couple of years.  I respect that masochism, and I think that the willingness to experiment, to push for diversity, and to tick the art community off, shines through in the Whitney’s broader programming, regardless of whether it happens to be a biennial year.  A friend of mine recently remarked that he had a problem with the Whitney because it’s “not American enough.”  That strikes me as a very Republican criticism, though he means in terms of mission statement, not building a wall. But I think the Whitney argues that non-Americans can create American art. And I’d say it wants to spark a conversation or a debate about what it means for art to be “American” in the first place.  And in that it succeeds.

Beyond the biennial zaniness, the Whitney owns an outstanding collection of art. I’m not sure that turning Mrs. Whitney down back in the 1920s was the worst decision the Met’s Board has ever made, but it must be pretty close.  Looking at even the small slice of that collection that was on display on the one non-biennial floor drives home the Whitney’s importance for anyone who cares about art of the twentieth century.

Everyone should visit the Whitney Museum. It has a distinctive mission, an outstanding collection, and now a wonderful building in which to show it off.  They can and do juxtapose a Hopper sunset with the real thing. That’s an art moment well worth experiencing.